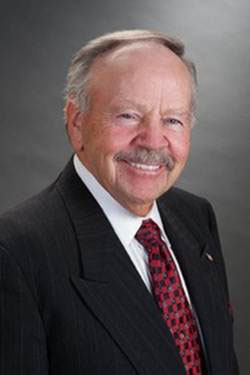 William Manuel was first elected to the Village Council of North Palm Beach in March, 2006.  Currently serving as Councilman, Mr. Manuel previously served as Mayor in 2013, 2010, and 2008, Vice Mayor in 2012, 2009, 2007, and President Pro Tem in 2011 and 2006.  Councilman Manuel represented the Village on the Palm Beach County League of Cities Board of Directors, and the League's "It's the Economy" Committee, as well as the State Attorney Advisory Board, and the Northlake Boulevard Task Force.

Mr. Manuel was President of the Yacht Club East Condo Association.  Before his retirement, Mr. Manuel worked in insurance, finance, and sales management.  Mr. Manuel served in the US Navy.

The arrangements for the services are as follows:

A Memorial Service will be held on Tuesday, March 3, 2015  at 11:00 am at Bill’s beloved Veterans Memorial Park

Please RSVP to jsharp@village-npb.org  or call 561-904-2122 if you plan on attending the memorial service.  Thank you.

If you would like to be part of the procession to the service, please be at the funeral home by 9:30 am on Wednesday.